I wanted to thank you and share…
December 5, 2014 my 23-year-old mare started sweating inappropriately. I mean a really wet pattern on her neck/chest, behind her front legs (girth area, but not on belly), flank area and much more on her left side. The vet did an exam (all vitals fine) and a blood panel. A couple liver markers were just slightly off and everything else was in normal range. ‘Metabolic syndrome’ was suspected and I was advised to start a pituitary support supplement and also consider pergolide. Well… after trying everything I (and my friends) could think of, I could not get her to eat that supplement. The sweating continued 24/7. It gets really cold here and I was getting frustrated. She was getting grumpy.

Through a serendipitous chain of events I found Herbs of the World and at your suggestion began the liver detox herbs February 5, 2015. How nice to speak directly with you.

The first photo is what she looked like for two long months. 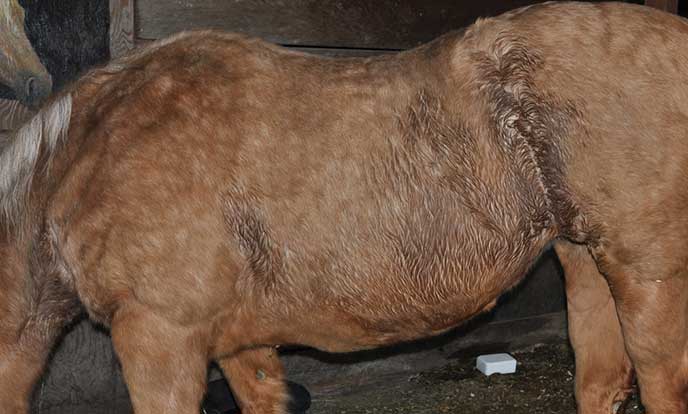 The second photo was taken after nine days on the liver detox herbs (which the picky girl really likes) and one acupuncture treatment. 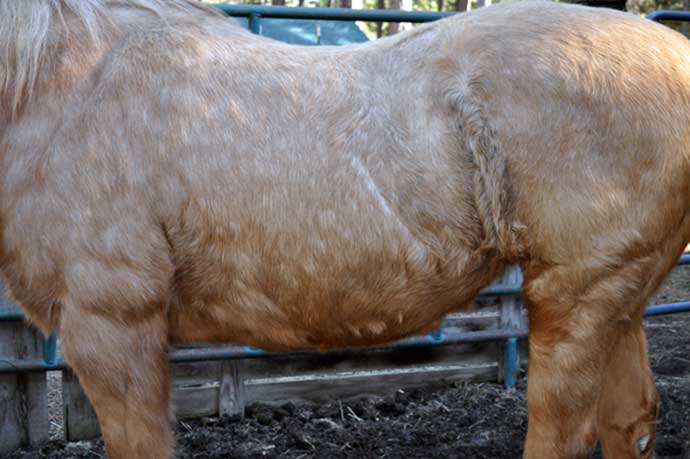 The third (apologies for the sun and shade) photo was taken last week, March 20th. It was great to actually watch the change. As to the ‘why’ of the sweating in the first place, I really don’t have an answer. 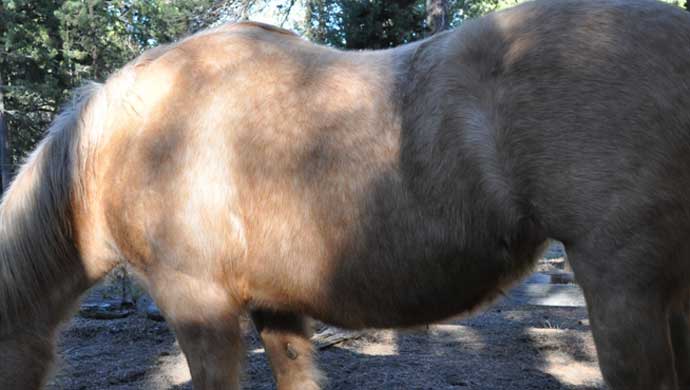 I must say, she was not immediately impressed with the liver support herbs and it took some time to go from barely a pinch to 3T, but she now politely eats it.

Again… thank you so much for your help.